This is the second batch of cinnamon buns I’ve made.  Love, love, love cinnamon buns.The first batch tasted really good, but I’m not sure I got the dough quite right. It was really wet even after kneading and I had to add quite a bit more flour before it turned into a dough that you could shape and roll out.  Plus the photos I took didn’t look that great, so much to the disappointment of my hubby, I decided to make them again.

For the first attempt, I tried a recipe by Felicity Cloake, which tasted good, but a bit stodgy – probably something to do with the issues I had with the dough.  You bake it in a cake tin, giving you seven decent sized buns that you tear and share, but I thought I’d try a different recipe second time around.  Variety is the spice of life after all!! This one was from the Swedish Food website, so probably more authentic.  This recipe suggested that you make individual buns, which I think look prettier and it showed off the cinnamon swirl in the middle much better.

They were definitely tastier than the first batch, and they look really impressive. Plus having the house smell of cinnamon all day was an added bonus.  Definitely going to make these again and again! 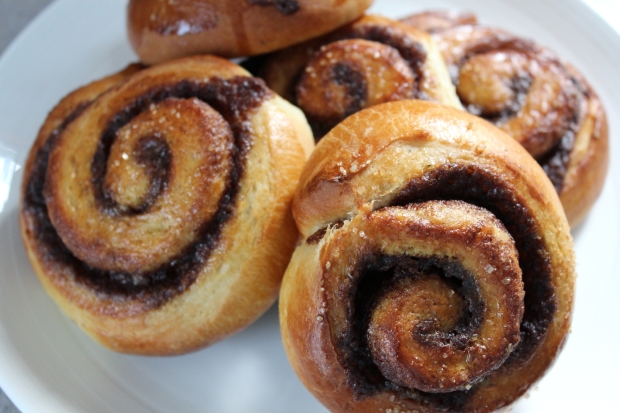 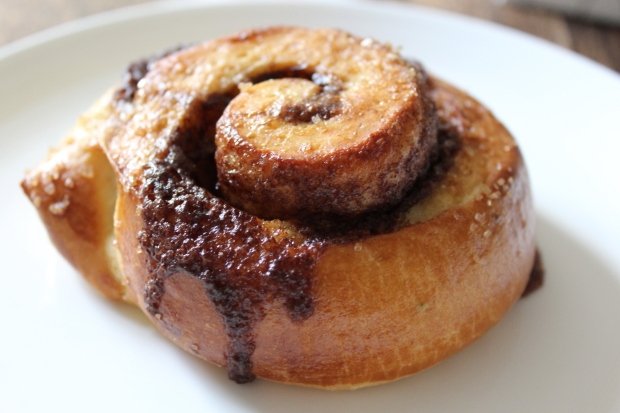 To make the dough place the milk and butter into a saucepan over medium/low heat and cook until the butter has melted. Remove from the heat and allow to cool slightly and, once lukewarm, mix in the egg.

Place the flour, cardamom, sugar and salt into large bowl and mix together.  Add the dried yeast and mix thoroughly.

Add the liquid mixture and mix to form a rough dough. Tip out onto the work surface and knead for 5-10 minutes until the dough is smooth and elastic.

Place the dough in a clean bowl and cover with cling film. Place somewhere warm and allow to rise until doubled in size, about an hour.

Line two baking trays with parchment paper and set aside. Turn the dough out onto a lightly floured work surface, flatten into a rough rectangle and then roll out until approximately 25cm x 35cm.

For the filling mix the sugar, cinnamon and butter together to form a smooth paste. Using a spatula or spoon spread the filling evenly across the dough.

Roll the dough along the long edge into a sausage. Using a serrated knife cut into twelve rounds. Place onto the prepared baking trays and cover with a kitchen towel. Allow to rise until almost doubled, about 45-60 minutes.

Whilst proving, preheat the oven to 180°C (fan 160°C). When ready to bake brush the buns with a little beaten egg and sprinkle with demerara sugar, then bake in the preheated oven for about 20-25 minutes or until golden brown. Best served still warm. 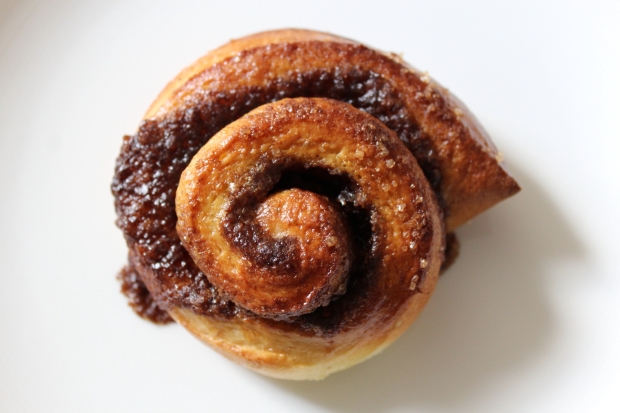